The Grand Prix Of Lancaster

How I spent Sunday Afternoon.
It was fun!

From Sunday Afternoon in Lancaster

The Karts are pretty dang fast anyway. Top speeds on the long straightaway are around 75 mph. They are powered by two cycle engines so the smoke has an oily scent to it……………….It is a lot of fun.

I could not enjoy the outstanding brews of Kinetic Brewing as I was driving………………………….That was the bummer.

But please enjoy the pictures such that they are. 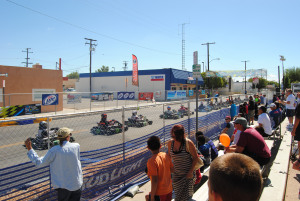 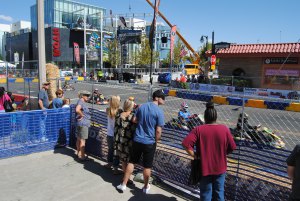 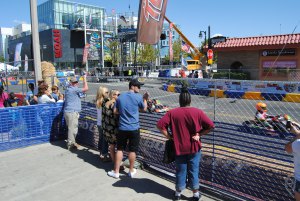 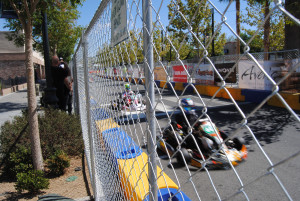 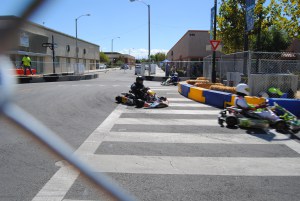 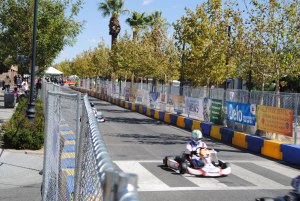 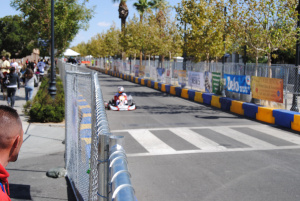 In this Centenary year of the start of the First World War. The colour photograph shows the Tomb of the Unknown Soldier in Westminster Abbey.

Keen eyes may just spot the American Congressional Medal of Honor placed on the Tomb in the black and white picture. In 1921 the US Congress made the symbolic gesture of a posthumous award of their highest military honour.
The British Government reciprocated the following month by awarding the American Unknown Warrior, at Arlington National Cemetery, with The Victoria Cross.

The weather was a factor in some scheduled participants not arriving. The Mountains and the Desert awakened to some autumn like weather……………

Classic Airplanes and a rather fine looking gal in period dress all done up………………….does make for a good day, regardless…………………..

3 Bellancas, a Grumman Albatross, an Aeronca, a Stinson and a Mustang! The Stearman was taking passengers up for $99.00. 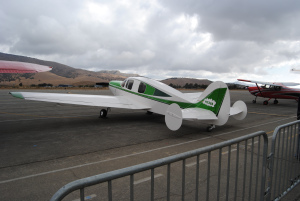 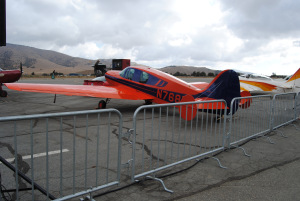 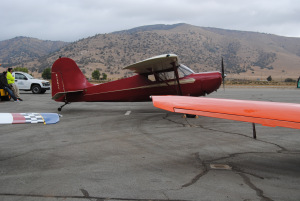 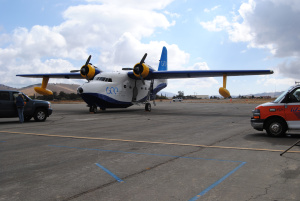 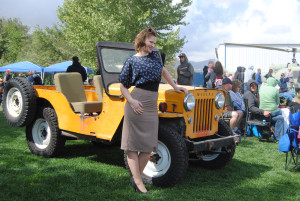 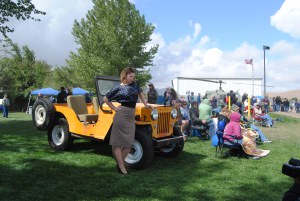 I’ve had it with this jerk!

Never, never, never in my life would I ever, ever, ever consider being disrespectful to the Commander In Chief of the United States Armed Forces. Ever.

But today, enough is enough.  Bozo Number One insulted the Marines. He’s a jerk.

A coffee cup salute for those rendering honors.

This looks like a Saturday Night Live skit. But it isn’t.

I invite your comments. Civility or kindness is not expected. You can’t excuse this person. Ever.

42 years ago this month

I reported to the reception station in Oakland for induction into the US Armed Forces.

At the height of Vietnam I was told you would count off by 2s – half for the Army; half for the Marines. I was in the 2nd to last group to be drafted – Sep 72.

I can remember my father getting up at 03:00 to take me to the central post office where a bus would take us to Oakland.

We were welcomed by  a horde of draft protesters in the darkness all screaming that “we didn’t have to go”.

That 2 hour bus ride through the darkness was the quietest drive I ever had – each man in his own private thoughts.

At the Oakland Station, a Marine Lt gave us advice that has stuck with me for those 42 years.

Seems to have held true, in my subsequent observations of life.

A few hours later, we were on a bus for Ft Ord, near Monterey.

It is funny where the road takes you. At the time I thought it was a rough patch but looking back – a little over 2 years of Army service – even as a lowly Spec/4 – I am proud of that service.

The bureaucracy sometimes drove me nuts – but the camaraderie – I think about it every day.

Arrived at Via Christi Saint Francis Medical Center at 0530.
Got admitted. Went up to the surgical floor.
Out of the clothes and into the gown.
Belly was shaved.
Warm up shot.
Kissed Sharon.
Rolled to Pre Op.
IV in each arm.
Second warm up shot.
The last thing I remember was going through the double doors into the OR.
Woke up in the rolling bed going down a passageway surrounded by people.
Got to the room.
Doc and a small squad of nurses doing checks.
One nurse said that I needed to get up and walk!
The answer is not repeatable in mixed company. I assure you of that.
The surgery started at 0800. It was all done by 0945.
Left Kidney had been removed. The Fancy word is nephrectomy.
When I was released 4 days later, Doc Farha told me the pathology said that it was cancer.

From The Golden Age of Aviation

This is the most beautiful airplane ever built……………..even the subsequent versions up to and including the PT-22 Recruit……..maybe. 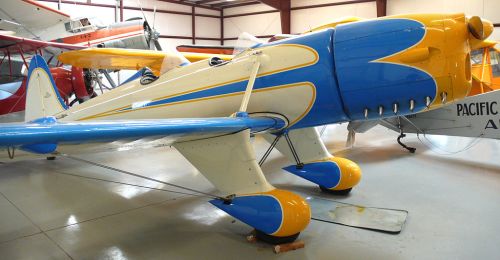 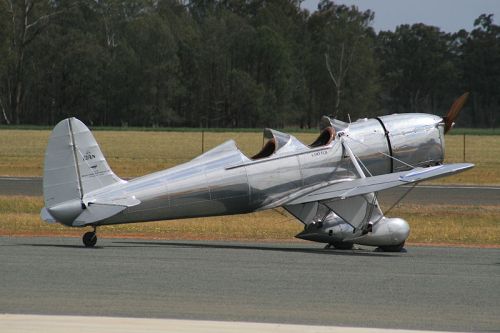 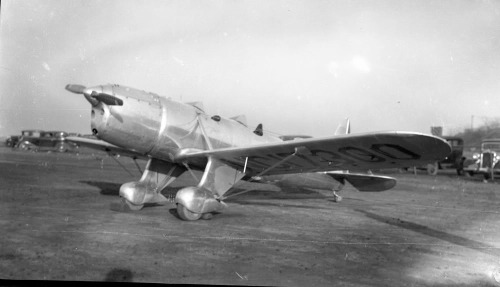 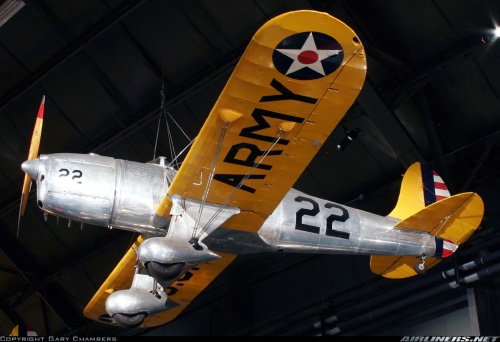 The Problem With Having A Middle East Policy Today

Remember “ISIS” were some of the people the people we were
going to help last year fighting Syrias’s Assad.

Just got though paying some more bills, among them a new 6 month policy for my auto insurance.

But like so much of American business, they underwent a lot of  changes. Instead of the small independent business they were bought by other insurance companies.

They became a subsidiary, the latest – the 2nd or 3rd company that has owned them – let’s call them the The Monolithic Insurance Company.

You’ve seen their ads on the television, but to avoid making this personal, I will simply refer to them as the MIC.

Anyway I am simply trying to pay the bill and they gave me a bunch of papers stuffed in their envelope.

Our Humble Scribe being of the nautical type, even causes this old soldier to think in nautical terms.

I believe flotsam would describe this…..stuff. It is difficult for me to simply simply find the paper with the amount owed to mail it in.

But among all of these treasures is a little form letter telling me that the MIC intends to sell my personal information to companies who want to send me more offers.

If this is OK with me I need do…nothing.

If I don’t want this change, I have to send in the form they provide. At my expense, of course, and a different address.

So I mail the form, in addition to my bill.

On the form, I suggested that they should reverse this – if their customers want their personal information sold, they should send in a form.

If they don’t want this….they don’t have to do anything.

I’m starting to think that it may be time for a change. After all the reasons that I selected this company in the first place may be null and void, now that they are a wholly-owned subsidiary to the MIC.

But in the meantime I think in about 3 months, halfway through the policy, I will send a letter to the CEO of the MIC.

I will ask for his assurance that my personal information is not being sold.

If it is being sold, he doesn’t have to do anything. If it isn’t, send me a letter stating that fact.

Where Were You That Day? 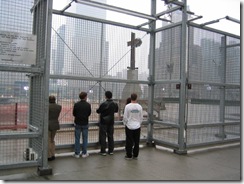 I was commuting to work on the west coast – having my own business at the time I could be late – and I heard on the news about the Twin Towers. I was thinking that this must be an anniversary of the 1993 bombing and wasn’t for 5 or 10 minutes did I realize that this was live.

Since that time, I visited Manhattan for the first time – in 2003. A friend of mine who lives outside Philadelphia had an invitation for a financial seminar to be held in one of the towers – near the top.

He decided at the last moment to skip it.

When I visited Manhattan I stayed at a little hotel in midtown run by some Catholic nuns. They all had their stories, but one mentioned being glued to the window and seeing the smoke off to the south.

Even 2 years later, some New Yorkers hated taking the subway.

During that visit, an acquaintance of mine, who lived in Manhattan, took me on a walking tour of the area. If you haven’t been to Manhattan, it is amazing how far you can go just walking. We stopped at the Fire House that was the first to respond. They were right by the famous Fulton Fish Market and I guess their firemen were first up in the Towers when they came down.

I took a picture and then, with a fireman looking at me – not a hostile glare but silent – a glare tinged with sadness that told me without words that I couldn’t possible have known them by taking just a picture.

You could not possible imagine the hole where the WTC was – pictures never did it justice. But I’ll try & show you.

I’ll show you the church that gave the responders some rest.

That day showed me that we are not immune to evil reaching our shore. But Americans responded. I don’t know if I could be among those who stormed the cockpit of Flight 93 and saved the White House or Congress by their sacrifice.

But unless faced with it saying you would seems to diminish the sacrifices of those who did.

Two books I have read of this day showed 2 completely different perspectives – one was from Air Traffic Control and the other profiled people trapped in those towers – those who survived and those who didn’t.

May we never forgot those who died that day… 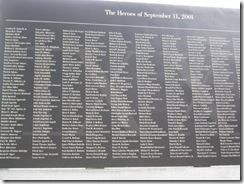 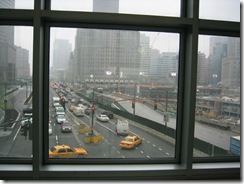 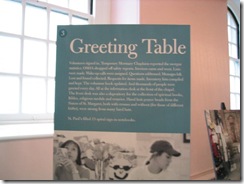 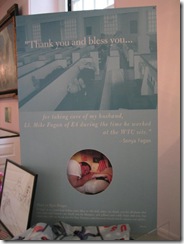 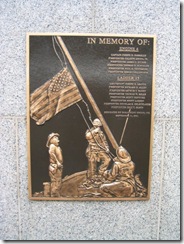