A-10 Hawg’s New Role As a Storm Chasing Aircraft.

This A-10 is undergoing conversion into a storm chasing aircraft.

As retirement looms for the USAF’s A-10 Hawg, the National Science Foundation and Zivko Aeronautics have teamed up in a $13 million dollar project to convert one aircraft into a platform to deploy sensors in thunderstorms.

A computer server system will be installed where the weapons system used to be. The system will use sensors on the wings to detect things like wind speed, pressure and movement of a storm. The information is then sent to researchers working on the ground.

“So they’ll get real time, first-hand knowledge of whatever it is they want to sample,” Schneider said.

The A-10 will be equipped to release small sensors into the storm, similar to what was done in the movie “Twister”. The only difference is the sensors will be released from above the storm instead of below it.

“We’re actually going to drop ours out of the wing tips and the wheel pods,” said Schneider.

Learn more from the video in the article above.

From the National Science Foundation:

Since the retirement of the South Dakota School of Mines and Technology (SDSMT) T-28 in 2005, the storm research community has been without means of obtaining in-situ measurements of storm properties.  In 2010 the National Science Foundation (NSF) took steps to remedy this.  The Foundation decided to sponsor the Center for Interdisciplinary Remotely Piloted Aircraft Studies (CIRPAS) at the Naval Postgraduate School in Monterey, CA, to requisition a Fairchild A-10 from the US Air Force.   A year later, the USAF agreed to lend a mothballed A-10 to the US Navy, to be regenerated, reinforced for storm penetration, instrumented for scientific research, and operated by CIRPAS in collaboration with scientists at SDSMT.

The A-10 is a rugged aircraft deisgned to take a lot of punishment from the battlefield. That same strength will be of value when doing the storm research. From Popular Mechanics:

“Conventional research aircraft avoid these severe storms, so they’re basically outside looking in,” meteorologist and veteran storm-chaser Joshua Wurman of the Center for Severe Weather Research in Boulder, Colo, tells PM. “We want to study the worst weather, but we’re trying to keep the [plane] outside the worst weather. With the A-10, we don’t have that limitation.”

A couple of the Thunderbolt’s targets will be supercell thunderstorms, which birth tornadoes, and mesoscale convective systems, giant storm clusters that can produce thunder and lightning, pounding hail, and damaging winds. Ground-based radar systems can track wind and precipitation in these systems fairly well from a distance. But to understand how temperature and humidity contribute to tornado formation, for example, researchers need to get at the heart of the storm.

The A-10 started off as a platform designed to save lives on the battelfield. It’s an interesting twist the A-10 will now be saving civilian lives in the US.

How many of you remember your first ride in a 707? For me it was 1962 – going back to West Virginia. I was on a TWA flight. I can remember asking the pilot how much it cost – it was the astronomical sum of $7 million.

Here’s a nice write up.

This was sent to me by my Air Force friend….

It happened in Germany in 1965, in Germany.  I was a new brand-new USAF co-pilot . Therefore I thought I knew, everything there was to know . . about ‘ zooming ‘ around in an airplane.

And I was frustrated by pilots . . like my Aircraft Commander.

He was one of those by-the-numbers types, no class, no imagination, and no ” feel ” for really zipping around.  A pilot who knows that he’s the ‘ real deal ‘ needs only to be ‘ in tune  ‘ with ‘ that airplane ‘ neath his hands and feet.

So what if your flight altitude is a little bit off?  So what if the glideslope indicator is showing that you’re off a few hairs from having a picture-perfect relationship with its indices?

Every time he let me make an approach, even in VFR conditions, he demanded perfection.  Not the slightest deviation would he allow.  ” If you can’t stick those needles like they’ve been painted on those dials . . when there’s no threat to deal with . . you surely will not be able do it when a ‘ pucker factor situation occurs,” he told me.

Then told me again.

END_OF_DOCUMENT_TOKEN_TO_BE_REPLACED

Sometimes All You Can Do Is Laugh Part Deux

A lot of times, I think the only thing that has gotten me through this life is a sense of humor.

Wish I still had that car.

END_OF_DOCUMENT_TOKEN_TO_BE_REPLACED

Family and Friends came from Near and Far to Celebrate.

Mrs. ORPO made the cake and it was awesome! 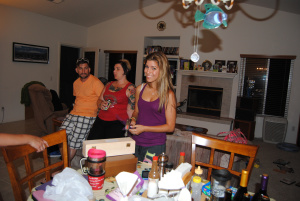 The Cake under Construction 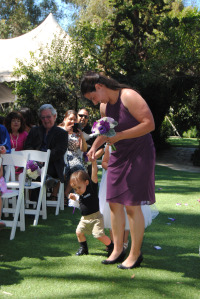 Brother in Law Hector and The Bride 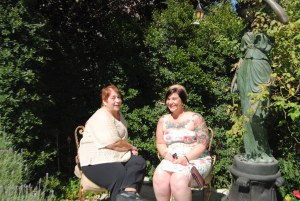 Missus ORPO and The Daugher in Law

Eldest Son and His Bride

ORPO and My Bride of 31 years, Mrs. ORPO 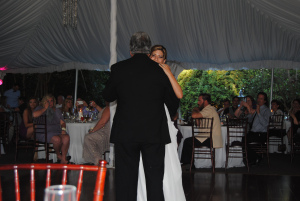 Learning A Bit About The Consolidated PBY

WW2 aviation enthusiast Jim Slattery has a wonderful restoration of this iconic WW2 classic. I learned a few things.

Only the 2nd Time I Have Heard of This…

Landing an aircraft successfully, with the wings retracted. The only other time that I am aware of was around 1968 with an F8. This article mentioned that it had happened a couple of times before (with an F8).

The Lexicans are a diverse group with a vast access to knowledge, and one of them on the F/B page got the history of this Phantom. A H/T to him!

END_OF_DOCUMENT_TOKEN_TO_BE_REPLACED

The Story Behind The FedEx Logo

And why it works. After 20 years, it is a revelation for me.

H/T to one of the Lexicans.

I suppose one could say my interest in James Garner started when I was about 9 years old. Being a baby boomer, the obvious assumption would be that I liked his show Maverick, but that would be wrong. (I did like the show but what piqued my interest in him was not the show).

No, it was at the Hughes Supermarket in Studio City on Ventura Blvd in the late ‘50s.  My mother reported seeing him in the produce department, and said that he was not a stereotypical “star” but a regular person.

He didn’t seem pretentious or egotistical.

END_OF_DOCUMENT_TOKEN_TO_BE_REPLACED

Earlier, I had mentioned that at The Farm, there were all kinds of characters, 2 legged and 4 legged.

Mr. Tipp was among the latter. My uncle usually addressed the dogs and cats at the farm by the title “Mr.” or “Miss”.

A lot of the dogs and cats that came to the farm were what my aunt called “walk-ons” – thoughtless people who decided they no longer wanted their pets, and dumped them to fend for themselves.
END_OF_DOCUMENT_TOKEN_TO_BE_REPLACED