Please, Do Tell Me Again About Your First World Problems.

Somehow, I don’t this guy really wants to hear about hard it is to find a decent Feng Shui facilitator, or how bad your bike ride was into work. 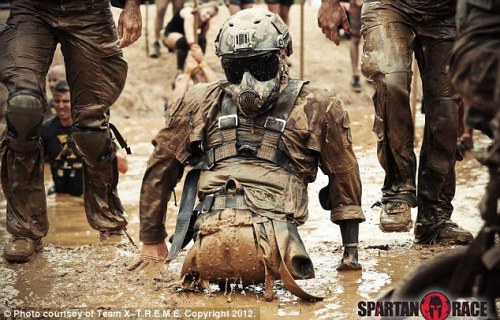 Filed under Heroes Among Us, Perspective, Valor

Angels On Our Shoulders

It’s hard for me as a born and bred, high speed, low drag, strike fighter guy to admit this, but if I was a ground pounder? In a pinch? In a relatively permissive surface-to-air threat environment? I maybe wouldn’t want a Hornet on call. I’d maybe ask for an AC-130, if one was available. …

We at the 416 AMU got bad news today. One of our coworkers had been in the hospital in Palmdale for about a week or so. He had been feeling poorly and not looking good either, for a while.

One of the guys was able to pay him a visit last night. The tests said cancer. Ton of bricks on all of us.

(Note: As the case with many of Lex’s older posts, one or more of his embedded links to news sources may no longer work).

Lex showing the sports fan in him. After being in San Diego for awhile, NFL football began to grow on him a bit (although, I don’t think he ever liked actually going to the stadium).

The Mirriam-Webster Dictionary defines the word “community”, in part, thus:

noun, often attributive \kə-ˈmyü-nə-tē\
Definition of COMMUNITY
3 … b : common character : likeness <community of interests> c : social activity : fellowship d : a social state or condition
Origin of COMMUNITY
Middle English comunete, from Anglo-French communité, from Latin communitat-, communitas, from communis
First Known Use: 14th century”
This usage has, of late, become expanded upon by those who like to give a sense of inclusion, to nearly Brobdingnag proportions. “Community organizer,” “the Farmall tractor collectors community,” “the University of Southern North Dakota at Hoople student community,” ad infinitum.  It has been used, and miss-used to such an extent that at least one weary radio commentator has taken to “foghorning” (a more elegant raspberry, “The sound one hears immediately after uttering an incredibly moronic statement and/or a word not in the Garage Logic Lexicon. All FOGHORN-ABLE words are words whose original meanings have been distorted and embraced by mysterians in an attempt to mean something else.”) the phrase when it creeps into pompous public pronouncements like so much ragweed onto the lawn of living. ) All that being said, there are times when communities do in fact spring up, based upon a broad or narrow common interest or enterprise.  The creation of Mr. Zuckerberg, et. al, has certainly aided and abetted such ad hoc gatherings of people of like minds.
Those of you, dear readers, who have suffered along so far in this extended literary enterprise know that Son Number One, now known as “Specialist Dunno,” has joined a considerable number of young men and women from both these United States and even a few who’s origins are elsewhere in enjoying the sunny climes and gentle zephyrs that waft this time of year through the pines of central South Carolina, there to build upon his knowledge base, his physical character and enjoy other suitable pastimes, all under the guidance and direction of an older cadre of caring mentors, known to the general population by the appellation “Drill Sergeants.” 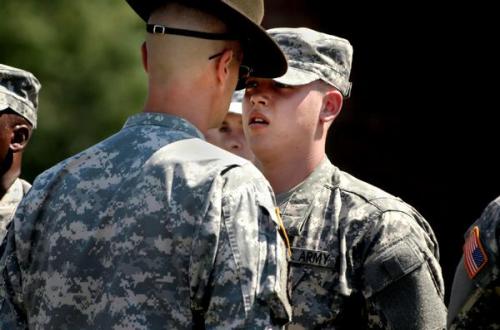 Out along the periphery of all this, stand a cadre of parents, friends and romantic attachments, both established and yet-to-be-formalized.  Back in the “stone age,” e.g. pre-interweb, they would wait individually, lurking near a mail box in the hopes that they would perhaps receive an epistolary glimpse of their loved one’s current enterprise.  Now, courtesy of the tireless efforts of untold trillions of electrons, we have the ability to form near-instantaneous groups, therein to “share” our mutual, shared joys, worries, knowledge and even, I venture to say, pride.

The military has been naturally hesitant to embrace “social networking,” for some good reasons.  Also, it has been our habit to be more than a tad “traditional.” To the point that on the occasion of each and every Navy Birthday your humble and obedient servant has been party to, raise a glass in toast to “the United States Navy: 237 years of tradition, unimpeded by progress!”  To its credit, though, the Army, as have the other armed services to various degree, been becoming more and more engaged, because they have discovered that with developing social communities, comes interaction, understanding and “buy in” by those who would otherwise stand off and wonder just what it was their loved one had gotten themselves into.

Likewise, we now see families and loved ones of in this case the “Soldier In Training” (SIT) also setting up ad hoc groups.  In the case of SNO, there’s now a group, gathered on the ubiquitous Face Book, brought together by a parent who has “seen it, been there and done that” that will last less than a summer’s length; about ten weeks in all.  But over the course of this time we will share what we know, what we don’t know, what we may have heard in hurried phone conversations or read in letters. (As if, in the case of SNO)  I witnessed people who’d never known each before helping others, for example, navigate the ins-and-outs of how to get airline tickets for their SIT’s graduation.  Others jumped in and explained in fine detail other things to a non-native English speaker in their native language. The last 24 hours saw a flurry of messages and responses within our little Face Book “community.”  It was supposed to be “phone call day,” the first time since our SIT’s began the most intense phase of their initial training sequence, the one where all the cliches from every movie ever made about this kind of thing, comes into reality.  (Well, maybe except for one)

The Doctor and I planned our day for this call.  All outside tasks and chores and errands completed well in advance of when we thought religious activity availability (“church call”) would be done, and sat by our cell phones and the home phone.  Your truly’s thighs began to ache from all the leg jiggling.  Time did NOT fly, it dragged.  Calls caused an immediate jump to whatever instrument was ringing, only to be quieted when we realized it was not the call we’d been waiting for.  I assured The Doctor that as soon as someone from our group heard from theirs, they’d post it.

Finally one courageous soul had to ask, had anyone else heard anything?  The floodgates opened; even as we read one response, two more would pop up, all with a universal negative.  “Hopefully soon,” said one.  Others offered their own hope, their own sense of waiting.  The day went on and still nothing.  Slowly, inexorably, we shared stories from letters, what we’d heard.  Finally, a former SIT from SNO’s Company, sent whom for purely medical reasons, and who had contacts “inside the wire” so to speak, broke it to us: No calls for them.  Something had happened, time had run short, they were the end of the line, and the line stopped ahead of them.

The disappointment was naturally palpable, and people who less than four weeks ago had never even heard of one another, who shared neither physical proximity nor regional culture or even a love of baseball, for all we knew, came together to express the frustration, the let down and the resignation that Things Were Not To Be.  In those few hours, as evening’s twilight spread from east to west across the breadth of the Union, I got to witness in the cool light of the laptop’s screen a remarkable thing. We began to deeply bond.  THIS was not little bits and pieces about own kids, husband, wife, fiancee.  It was about us.  About the sharing, and the sense of a group of people brought together.  Last night it was out of frustration and disappointment.  In a few weeks, on a parade ground set among pine trees and red earth, it will be out of pride.

Like our young soldiers, we too, in a sense, will have bonded for a time, and will always be, in our own way, “Echo Company.”  For an old sailor, let me say this: “Hooah.”  Carry on.

As I watched over the weekend the epic battles the hummingbirds have for superiority over the feeders or flowers, I was reminded of this post from our beloved Lex.

During the dive, the hummingbirds experienced an acceleration force nearly nine times that of gravity, the highest recorded for any vertebrate undergoing a voluntary aerial manoeuvre, with the exception of jet fighter pilots. At 7g, most pilots experience blackouts.

Of course it would not be a complete Lex post without his snark. Go to the link for further enjoyment.

suck.  A lot.  This was not one of them. Yes, I know, it was a dirty, arduous detachment to the Sandwich Islands, but we stepped up to the toughest job, and for about three weeks, we did it.  Grueling work, tough flight schedules and lousy quarters and chow.  You’re welcome. 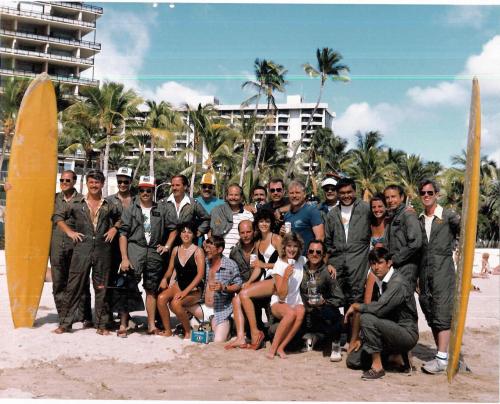 Filed under Freedom!, Heroes Among Us, Humor, Shipmates