There are few TV series that I have enjoyed so much as to see them again (through streaming). The 7th and final season of Bosch (Amazon Prime) is out, and I have been going through the entire series again before enjoying that final season. For me it has been a series to be savored.

I’ve had a friend for years I would call a cinemaphile. Had a collection of over 1,000 movies in his library and wanted me to have a cinematic education. We got up to Hondo (1953) before he moved out of state.

Over the years I have recommended the occasional police movie or series only to have him tell me “I hate Cop and Doctor shows”.

But he has always had an exception. He enjoyed House for a “doctor show”, and upon my recommendation enjoyed Bosch. Bosch isn’t a typical “cop show”.

Why do I so enjoy this series?

END_OF_DOCUMENT_TOKEN_TO_BE_REPLACED

As I have mentioned from time to time, I am fascinated by history. Not only how the past made us as we are, but how many seemingly small and inconsequential events can have profound consequences.

I am currently reading a book by a favorite author, Erik Larson, on Winston Churchill during the time of the Blitz.

It’s his contention that a German navigator’s error, in mistakenly jettisoning their bombs over London rather than a country field during inclement weather, led to Hiroshima.

Personally I think that may be a bridge too far, for reasons that I outlined here.

END_OF_DOCUMENT_TOKEN_TO_BE_REPLACED

The California that I Remember…

He went to UCLA, and to pay his way through college, he worked as a page for then NBC-Radio. Although a page, he was acquainted with a lot of the stars, such as Bob Hope, Jack Benny, and others. I told my mother that it is a shame he didn’t write a book of his experiences.

Like a lot of young men of that time, shortly after Pearl Harbor, he enlisted in the Army in 1942 during his 3rd year at UCLA. He became a paratrooper in the 82nd Airborne, telling his mother that advancement was fast in the Airborne. My mother later asked him if he considered why advancement was so fast…

After the war, he had a hard time finding work before he took over his fathers import-export business, and my mother and I wonder why he didn’t use some of his contacts at NBC to get work there. Although I can’t see him as a studio exec.

His cousin there told me as boys they would ride their bicycles down the middle of Hollywood Blvd early in the morning. That’s hard to image today.

END_OF_DOCUMENT_TOKEN_TO_BE_REPLACED

In addition to being a comedienne whose work is still appreciated over 60 years later, Lucy had quite an influence in television. It could be said that I Love Lucy, started in 1951 with the dawn of television, became the template for the modern sitcom.

I had heard it said years ago that this show pioneered the 3 Camera Approach in filming. But others are saying not so fast – it was invented 4 years earlier, in 1947. Perhaps because the show was so groundbreaking and popular – it is still in syndication today – it got the credit.

END_OF_DOCUMENT_TOKEN_TO_BE_REPLACED

Filed under Hollywood, Media, Other Stuff

Driving home just now, I was trying to think of all the people who had both a strong musical  presence and a strong stage or screen presence.

There have been a few stars of either the small or big screen that were 1 hit wonders. But the screen stars who have also had a strong presence on the radio have been few and far between.

Growing up in Studio City I will always remember this song of hers.

For many years, she lived a quiet life in Carmel.

Celebrate a bit of her legacy here.

The 13-year old cohort at Chez Lex is of the unswervable opinion that Sunday evenings are, and of a right ought to be, dedicated to viewing of “The Simpsons” on television. This same group was shocked into outrage last night to find that the paterfamilias had dedicated the TiVo towards recording the first 2.5 hours of Ken Burns PBS mini-series “The War.”

END_OF_DOCUMENT_TOKEN_TO_BE_REPLACED

See if you can spot the difference between reality and American culture. In reality, President John F. Kennedy was a fierce Cold Warrior who twice tripled America’s military presence in the Vietnam War to try to stop the spread of Communism and risked nuclear disaster by standing up to the Soviet Union in Cuba. He was assassinated by Lee Harvey Oswald, an America-hating leftist who had once defected to the USSR.

Now, the culture: in Oliver Stone’s film JFK—nominated for Best Picture Oscar in 1991—Kennedy is a peaceful lefty contemplating a withdrawal from Vietnam. He’s assassinated by a vast right-wing cabal that includes every single person in America except for Oliver Stone. Reality, culture. Can you spot the difference? 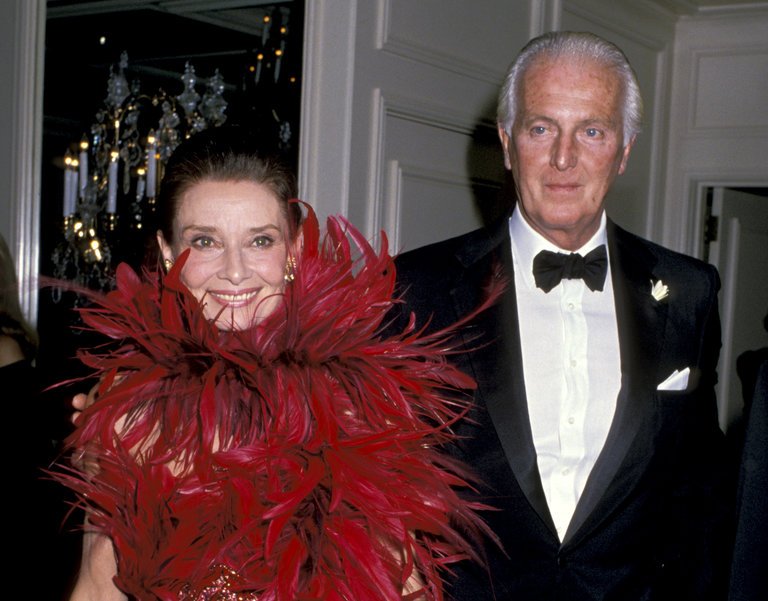 Over the years, thanks to screenwriter Robert Avrech, I developed an appreciation for classic Hollywood. As is my nature, that which has interested me I really delved into research to learn all that I can.

Audrey Hepburn was, according to her son Sean Ferrer, An Elegant Spirit. No Hollywood diva, she. She grew up in Holland under the Nazis nearly starving, because her father felt that the Nazis were on the verge of invading England, and he should take his family to Europe.

Her first love was ballet, and for reasons I forget couldn’t make the cut, and started acting.

END_OF_DOCUMENT_TOKEN_TO_BE_REPLACED

Filed under Hollywood, In Memoriam, Uncategorized

The vanity of public men

Success in a particular field of endeavor does not, sadly, translate to success in all fields. When I was a nobbut, experienced civil aviators of my acquaintance often called the Bonanza V-35B the “doctor killer,” since it was an expensive, high performance, slippery aircraft which demanded precision, especially during adverse weather. Weather for which certain of the wealthy, master-of-the-universe-type physicians who often purchased them declined to adequately prepare.

END_OF_DOCUMENT_TOKEN_TO_BE_REPLACED

I would say that the typical family get together for  Thanksgiving has almost become a subject of comedy when it comes to conversations around the table. Google the subject and you will find literally dozens of posts on how to avoid the pitfall of political conversation among family who have converged from far and wide.

My family is a bit different.  First of all, you could count my extended family on less than the digits of  both hands (for most people). And with the death of my father a couple of years ago it is that much smaller.

Secondly we have never been so set in our ways as to shut off all communication with those who have different opinions.

So it came to pass (sounds a bit Biblical in that opening phrase) that my 93 year old mother and I had Thanksgiving dinner with some friends of many years as guests.

The guests were more of the leftish persuasion, having voted for Obama while my mother, an avid Trump hater, claims to be a conservative.

Me? Well, I supported Goldwater when I was 14 and walked precincts.

And the subject at our table this year?

One thing my mother has in common with her friend on the other side of the political spectrum was an admiration for Charlie Rose. And I was thinking with the recent revelations to be a young woman and have to see Charlie exit the shower (with an invitation to join him!) well, that would be, as my late aunt from West Virginia would say, “enough to make a dog throw up”.

And then Harvey Weinstein?   There is nothing new about the “casting couch” and Hollywood – just read up on Louis B Meyer or Harry Cohn just as a couple of examples.  They keep falling these days. Here is the latest.

” I met them all. Some were vicious and crooked. But … you saw Hollywood with their eyes — an overcrowded brothel, a merry-go-round with beds for horses.”

I mentioned too that women – and men – use sex as a weapon.  Blackmail. It wouldn’t surprise me today that among all of the accusations flying, at least a few are seeing a cash reward.

The smarter people in Hollywood – or Washington – might want to adopt the Billy Graham rule, to avoid even the appearance of impropriety. I don’t see a lot of that happening, but you never know. They laughed at Mike Pence in the campaign for his refusal to have dinner with any woman without his wife present.

If you are a woman, Lex had a simple test on how to evaluate men.

That conversation was a lot more interesting than politics.