It’s a long read, but parts are humorous, parts show you the “fun” of flying such an old (50,000 hours) plane that is so critical for carrier operations.

By all lights, former Arizona Congressman Gabrielle Giffords was a good politician, with no intent towards the customary faint praise that might attach to that description. She was a Fulbright scholar, had a successful business career before turning to politics, and was elected to both chambers of Arizona’s state house prior to going national, where she was three times elected to serve the people of southeast Arizona. While in Congress, she served on the House Armed Services Committee, and its subcommittees on readiness, tactical air and land forces, as well as on the House Science, Space and Technology committee, where she was ranking member on the subcommittee on space and aeronautics. Her husband flew A-6 Intruders in combat during Desert Storm, and is now an astronaut at NASA.

She had the great misfortune of being shot and nearly killed by a lunatic in January 2011. Her process towards recovery is undoubtedly heroic.

And for all that, she will have a US Navy warship named after her:

Gabrielle Giffords, the former Arizona congresswoman who survived an assassination attempt one year ago, is getting a Navy vessel named in her honor.

The Navy said Friday that its newest Littoral Combat Ship, a small, agile surface vessel, will be known as the USS Gabrielle Giffords. The ship’s “sponsor” will be Roxanna Green, the mother of Christina-Taylor Green, the 9-year-old girl who was killed in the Tucson shooting that wounded Giffords in January 2011.

In a statement, the secretary of the navy, Ray Mabus, described Giffords and Roxanna Green as “sources of great inspiration” who “represent the Navy and Marine Corps qualities of overcoming, adapting and coming out victoriously despite great challenges.”

These ships are meant to have 50 year life cycles. Some twenty or thirty years from now, a sailor will walk aboard and ask how the ship came to be named. He will be told that it was named by a nice lady who happened to get shot.

I have only this to say about that: The Army should start naming tanks, and the Air Force tankers.

Take some of the load off, please.

I quite like the train actually, especially for a trip like today’s, when I was only doing a touch and go in Point Mugu to pick up a jet and ferry her to Fallon. The time spent traveling was roughly the same, once you’ve deigned to commit yourself to the train’s schedule rather than your own. I made the trip for about the price of a tank of gas, and the frustration factor of rolling through the 405 during rush hour was much reduced, if not entirely abnegated.

END_OF_DOCUMENT_TOKEN_TO_BE_REPLACED

I’ve got a jet to ferry from Point Mugu to Fallon and a cuppla flights on Friday. The last time I drove up there the logistics were daunting: Left the car on base, flew back to LAX from Reno, rented a one-way up to Ventura County, drove the car back down to Sandy Eggo. I don’t much care for the notion of going the wrong way when I’m going home. So today I’ll try the Coaster from here to Oceanside and jump a ride from there to Camarillo on AMTRAK. That way when it’s time to come home, my lovely bride may even pick me up at the airport, so long as I’m properly courteous and respectful.

In the interim, Max Damage sends along this video of Jack “Fingers” Ensch and “Mugs” McKeown having a frustrating day over North Vietnam, something old. The Phantom bubbas were wholly outclassed in a turning fight with the lighter and more nimbler MiG series, so they most of them learned some class of “magic move” as a last ditch when the BBs started flying over their canopies. Some of that “magic move” stuff was still being preached when I first started flying fighters, but I’d like to think we do things a little more scientifically these days. That’s no class of criticism – it was either that or go for a walk with a MiG camped out in your six – but you could never tell just which way you’d end up pointing once you’d flung the jet into a departure all regardless.

And Hogday sings a song to a warrior prince, something new. There’s an heir and a spare, and it looks like the spare is making a good account of himself.

With that as an into, the keys are in it.

CNO had some unwelcome news * for the sailors and Marines aboard Wasp:

Putting the best face on a potentially grim future, the Navy’s top officer is telling his sailors that the active fleet will be about the same size in five years as it is now, despite recently announced plans to retire a bunch of ships early and to not build as many new ones as planned.

Adm. Jonathan Greenert, Chief of Naval Operations, told sailors and Marines here that the number of ships in the fleet in 2017 “will be about the same, 285, but it won’t be going up as high as we wanted.”

The Navy has planned for at least 313 ships in the battle fleet for years, and has counted on rapid procurement of the Littoral Combat Ships (LCS) and serial production of the Arleigh Burke destroyers and Virginia-class attack submarines to help reach that number.

But in his preview of the fiscal year 2013 budget, Defense Secretary Leon Panetta said the Navy will retire seven Ticonderoga-classcruisers and two amphibious ships earlier than planned, would remove two LCS and eight Joint High Speed Vessels from the five-year defense budget plan and delay other ship construction starts.

END_OF_DOCUMENT_TOKEN_TO_BE_REPLACED

A UK frigate and a French destroyer were a part of a US-led flotilla which entered the Arabian Gulf late last month, in defiance of Iranian threats. Today the UK Daily Telegraph reports that the international flavor of the force was, well – forced:

Defence sources have revealed that the Americans only relented and allowed a Royal Navy frigate to join the mission following an intervention from Nicolas Sarkozy, the French president.

Amid rising tensions in the region, the Royal Navy last month deployed HMS Argyll, a Type 23 frigate, to the Gulf.

The ship accompanied a US carrier strike group made up of an aircraft carrier with a full complement of fighters, a heavy cruiser and several destroyers.

A French frigate, the La Motte-Picquet, was also part of the flotilla which sailed through the Straits of Hormuz. Iran has staged wargames in the area and threatened to block the straits, a vital supply route for oil exports…

The disparity in vessel numbers means the British and French presence in the flotilla was of greater diplomatic than military significance.

It didn’t feel that way back in 2003, when the ship on which I had the honor to serve upon in the same waters was for a time guarded by a Royal Navy air defense destroyer, and we were right glad to have her.

It ain’t all that in the fleet, nor in naval aviation either, as CJ Chivers reports in the New York Times:

“If I could guarantee that you would never need this training, I would say, ‘O.K., sit in the back and use your iPhone and do whatever you want to do while the rest of us work,’ ” he said. “But these exercises are all based on real incidents, and sometimes on recurrent real incidents.”

He added: “No one plans for this kind of mishap. People don’t go to work one day expecting that they will have to eject. But it happens. And when it happens, they have to be ready.”

That statement aligned with the experience of Lt. Jonathan D. Farley, an F/A-18 pilot who volunteered in late 2007 to serve as a downed pilot for a rescue-training exercise on the West Coast. Lieutenant Farley was picked up from the ground by an MH-60 helicopter crew.

As the helicopter returned to an aircraft carrier with him in a back seat, the exercise turned real.

“I wasn’t paying attention,” he said. “I was along for the ride.” Then he saw multiple warning lights flash at once in the cockpit’s instrument panel. A crewman near him pointed toward the water and then assumed a brace position.

The helicopter was going down.

Without time to prepare, Lieutenant Farley was trapped in a sequence straight from the dunk-tank course.

Which you’d have known all about, had you been trolling the through the 2004 archives of this very site.  *

Leading from the Middle

The US military has a “can do” culture. When assigned a mission, the question is not whether it is a good idea, or whether it is even achievable, but how to get the mission done, preferably with minimum casualties to own forces. That’s the way you fight and win, from the squad level up to corps. Failure is not an option, not for the men in the field, not for those who command them.

END_OF_DOCUMENT_TOKEN_TO_BE_REPLACED

Which, it was right about then that I wondered if I was supposed to put my iPhone into “Airplane” mode before take-off. 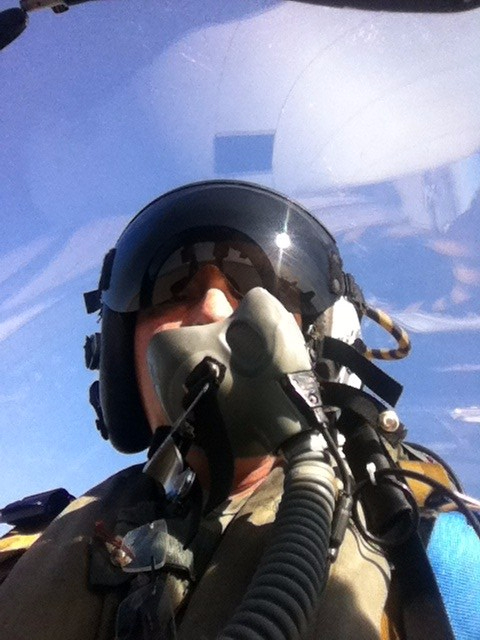 Retired Army General William Boykin has been serially accused of wrongspeak during the War on Terror, and has therefore been dis-invited to speak at a prayer breakfast at West Point:

General Boykin, a longtime commander of Special Operations forces, first caused controversy after the Sept. 11 attacks when, as a senior Pentagon official, he described the fight against terrorism as a Christian battle against Satan. His remarks, made in numerous speeches to church groups, were publicly repudiated by President George W. Bush, who argued that America’s war was not with Islam but with violent fanatics.