California’s Highway 1 is one of my favorite roads.

Absolutely spectacular scenery with generally the mountains or a cliff on one side and the ocean on the other.

END_OF_DOCUMENT_TOKEN_TO_BE_REPLACED

Filed under Idiots Among Us, Travel

Marching to the New Jody

This was posted by one of the Lexicans at the F/B page. Apparently the Russians have taken a liking to…..Spongebob Squarepants

Fun At The Movies 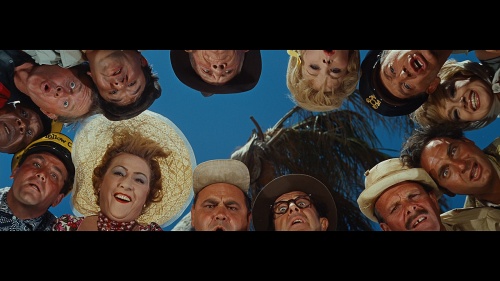 During the last 6 months or so I have become a regular visitor to our theater. While I have seen some recent ones, some memorable, some forgettable (using the Internet Lexicon YMMV) – the movies I mainly  like to see are the ones that have endured over time.

Part of this appreciation came from 2 friends, one of whom is an accomplished Hollywood Screenwriter, who have both given me an appreciation for classic Hollywood.

Never thought I could find pleasure in a movie made in 1928, at the end of the silent movies, but if you can find it view Show People , staring Marion Davies.

Marion stars as a poor naïve girl from Georgia, who comes out to Hollywood seeking fame and fortune.  She becomes a star and can laugh at herself in how it changed  her. The audience laughs right along with her almost 90 years later.

END_OF_DOCUMENT_TOKEN_TO_BE_REPLACED

The Navy, for a long time, had in the inventory a small number of curious, odd-looking aircraft called the TC-4C Academe. It was really a Grumman Gulfstream 1 with an A-6 nose mounted on the front. It was ungainly, ugly, and a heck of a good idea for training A-6 Bombardier Navigators.

A Facebook Friend had this dandy up a little while ago.

Heard in the clear

This one was the latest from America’s Sergeant Major today.

As has been said before, you can’t make this up at all.

“Today’s final offering was found posted above a urinal in one of Cleveland’s finest establishments:” 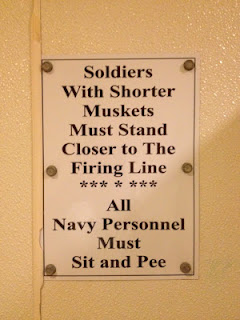 So for a good read and a really good laugh, hit the link above and go see for yourself.

California taxpayers are simply not taxed enough, so Governor Jerry Brown is asking Californians to vote for higher taxes this November, and why not?

We need to pay double taxes statewide immediately.  Let’s look into our hearts, reach deep inside our wallets, and start throwing huge wads of cash toward Sacramento.

The rest is at the link.

Be advised this is California Humour, such that that is.

As one of the lone wrench turners here on this blog, I don’t have flying stories and the like.

But I do get jewels like this one from various sources. This was on the Facebook profile of Rebecca Hagemann, LCDR, USN, Retired.

We served when she was an AMS2 in my Airframes Shop at VA-128 at NAS Whidbey Island WA. I was on my last shore tour and she was on her very first hitch.  Suffice to say it was somewhat over 20 years ago. 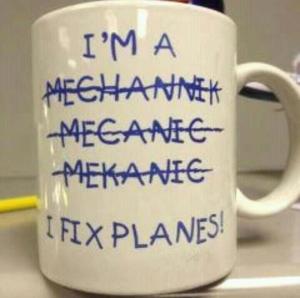 And I still fix airplanes. Although they are of those of our land locked brethren in the Air Force. It’s a living, ya know!