It’s not all about top speed

Got an interesting link today from my Internet friend of many years, a retired Air Force test pilot.

Just as we had a top secret program for many years involving captured Soviet fighters, the Soviets had a few of ours.

And the conclusions of one of the Russians top test pilots at the time, in evaluating “The Foreigner” (an F-5 that came from Vietnam after we left) vs a MiG 21, were objective, at times, funny (didn’t know that Russian fighters did not use brakes integrated with the rudder pedals), and, most of all, surprising.

In simulated dogfights, the F-5 won every time.

Lex would have loved to have read this article. He had some flight time of his own in an F-5E, with some amusing stories.

The conclusion by the Soviet experts in confronting a Tiger after their tests?

Our “experts” suggested not to engage in a close dogfight, but to use the “hit-and-run” tactics instead.

He Still Headed The Wrong Way

I just finished watching a YouTube video on a comparison between the Focke-Wulf FW-190 and the P-51 Mustang.

Learned a lot of things.  I knew that the Mustang really came into its own when a Rolls Royce test pilot, Ronald Harker,  decided to substitute the Allison V12 for a Merlin. Didn’t realize that (A) the Merlin was still more powerful at 20,000 feet  than the Allison was at sea-level, and (B) fuel consumption was significantly improved. It was a win-win, and turned the Mustang from a good fighter to an icon. Actually it was a “win-win-win” as it gave the Mustang the high altitude performance that it lacked.

END_OF_DOCUMENT_TOKEN_TO_BE_REPLACED

Aviation – When to Listen to the Computer

I’ve really been enjoying this series on aviation airliner accidents. When I used to fly in the 80s, I used to read accounts of various accidents in aviation magazines to see if there was something I could learn from them.

And I believe Lex’s account of his flying has helped some readers somewhere.

END_OF_DOCUMENT_TOKEN_TO_BE_REPLACED

A Simple System with Profound Consequences

Among the many programs I have been watching on Amazon Prime and Netflix is a short series on airliner crashes over the years, with detailed explanations as to the causes. Actually in checking imdb, there have been many seasons but Amazon has just the first.

The accident investigators are interviewed, the controllers, and sometimes the passengers. I’ve seen 3 or 4 episodes, and it has been illuminating, not only for the causes but the pressures from the airline industry (which is understandable, given their investments). I’m thinking of the episode detailing the United Airlines 747, flight 811,  that had the cargo hold door explode from pressure over the Pacific.

END_OF_DOCUMENT_TOKEN_TO_BE_REPLACED

“There I Was: Flat On My Back, Out Of Airspeed And Out Of Ideas”

A good article from Aviation Week sent to me by my retired Air Force friend. I did not know that tire pressures are much higher for Navy aircraft for carrier ops, and lowered when landing on land.

Or how critical it could be…

A different kind of mission

It can be forgiven if the image that first comes to mind at the words “military mission” involve weapons, body armor, and troops moving to contact.  After all, for the last decade we’ve been involved in shooting wars in several countries.  There is another kind of mission that has been getting less press, but is important none the less, that being the humanitarian mission.  The National Guard unit I belong to along with other Guard, Reserve and active duty Army and Air Force have spent the last several months in Panama providing medical aid and engineering support in the form of building schools and clinics for the Panamanian people as a part of Operation Beyond the Horizon. Being a Blackhawk unit our support has been peripheral to main mission, consisting of standing by in case a medical emergency required evacuation to one of the hospitals available.  We also moved medical supplies and people around the country side and did a little training along the way.

More after the break…

END_OF_DOCUMENT_TOKEN_TO_BE_REPLACED

Day at a Different Museum 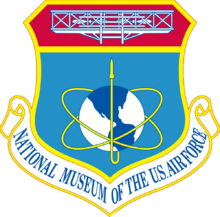 As you might well guess from my nom de plume of “Old AF Sarge”, I am retired Air Force. That would be the United States Air Force. A reader over at my place indicated that the Air Force’s virtual museum tour was also nice. (Was that the clue train I saw in the distance?) So yes, Virginia, the Air Force does have an excellent museum out Dayton, Ohio way. Yes, I knew about it. Yes, I should have mentioned it earlier.

Check it out! Another Great Place to Visit

A Night at the Museum

The WSO got her wings there. It’s an awesome museum and this virtual tour is pretty special!

Check it out! A Great Place to Visit 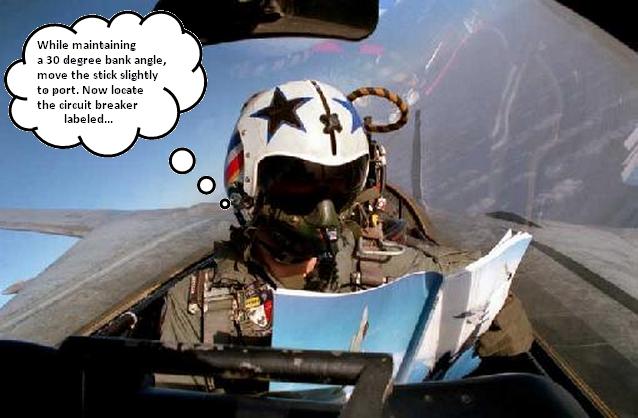 There’s a time and a place to read the instructions…

Now is probably not that time.

Thank you all for your service.