A B-29 Memory Amended

The B-29 was an amazing aircraft for its day, a complete game changer. More was spent on its development and production than the Manhattan Project.

There was a wonderful book that dealt with the B-29 written by the author of Flags of Our Fathers, James Bradley, called Flyboys.  Downfall, recommended by a Lexican, was another good book that went into a lot of detail on the Superfortress.

If you are lucky enough to see one of the 2 flying today, it is still an impressive airplane, 70 years later. I wrote about visiting FiFi a couple of years ago, and posted some pictures.

From its base at Tinian or Saipan, it was a 14 hour round trip to Japan.

It was General Curtis LeMay who developed the devastating fire bombing that leveled Japanese cities.

With this as a background, I got a bit more information some years ago from a man who used to be in my car club. Lou was a crewman on a B-29.

Lately I have been going out daily to an “assisted living center” to help a family member. And on their wall are pictures of some of their residents in their military days. 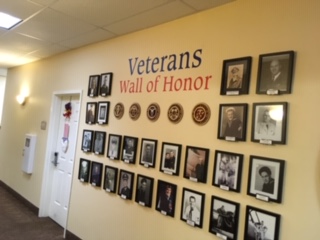 The Greatest Generation, from Pfcs to Colonels, from the US Army Air Force and all of the other services.

I wrote about one of them I met the other day.

After some opening pleasantries, I mentioned to him what I heard – and remembered – from Lou years ago.

B-29 – It was an amazing and fantastic plane, unless one of the engines caught fire.

YHC – I had heard years ago from another crewman that B-29 crews hated Curtis LeMay. If they returned from the 14 hour mission with what was deemed too much fuel, LeMay had ordered that on the next flight less fuel be used and more bombs loaded. [That is why many went into the sea before returning to base]

B-29 –  That isn’t true. Before returning to base, we would bore holes in the sky, doing circles, if we thought we had too much fuel.

I suspect both facts were true. To delay your landing after a 14 hour trip to burn excess fuel tells me that they had a good reason.