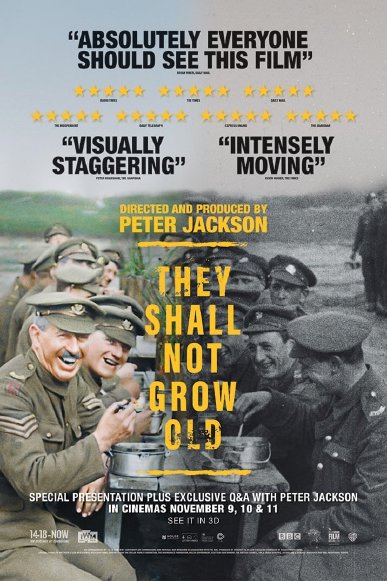 I have an appreciation of history, despite a number of teachers who did their best to quell it. Most teachers want the student to memorize names and dates. History becomes sterile. Those history teachers are legion.

We are where we are because of the past – some very small but consequential events, some cataclysmic.

And, one would think, that the subject of diplomatic history – the study of treaties – would be the most boring of all.

I had a professor, Norman Graebner, who would dispel that notion. At the beginning of the semester, he would be assigned a classroom, like everyone else. His reputation was such that so many wanted his class, he couldn’t turn anyone away. He would end up in an auditorium teaching a couple of hundred students. This was his  normal progression of events, year after year.

He brought the times – and personalities to life. By the time he got to the actual treaty, you knew that it wasn’t just some distant agreement, but a product of those times and personalities.

I heard that he is now gone, but for my 20 year reunion I went back there and the school was offering some lectures by various professors. Sitting in class, it was Déjà vu  all over again for me.

Among the guest lecturers at the reunion was Professor Graebner in his familiar auditorium. Just like the earlier times, it was near capacity although not with youthful students but middle aged guys.

At the end of his lecture, Professor Graebner’s eyes were glistening with moisture; he was so moved that so many of his students from the past remembered him.

I have seen a number of movies that dealt with history – most enjoyable such as this one last week. I did not fully realize the political intrigues that a 16th century monarch faced. And, the movie gave me a curiosity to learn more about Mary and Elizabeth.

But until tonight I had never seen a movie that actually breathed life into history.

Four years ago, Britain’s Imperial War Museum approached Academy Award winner Peter Jackson  with an intriguing proposition. With the Centenary of the First World War approaching, they asked Jackson if he would be interested in making a film on the subject using 100s of hours of archived 100 year old film. He was about to finish a movie, and this subject interested him. Other than a request to “modernize” the film, he was given Carte blanche to use his imagination and creativity in the production.

What he did was spectacular. Among the problems of  100 year old film is that it is “jerky” and full of scratches and….to remind you of its distant past, silent and black & white.

He has a state of the art film studio in New Zealand and he and his crew studied the problems.

The reason it is “jerky”, he said, is that the film at 100 years old actually shrinks, affecting the holes for the projector sprocket. Plus, a normal modern film is 24 frames per second. The old film varied from 10 frames on up. You see, the camera man was turning a crank to make the movie and of course it depended on how fast he was turning the crank.

He wanted to breath life into this film. And, it should be in color. I’ve seen a lot of “colorized” movies and they look…phony. And, Peter was saying that as a rule he doesn’t like to colorize movies, particularly if the director intended it to be black and white.

But what Jackson did to “modernize it” was to color it so accurately that he actually went to places like Flanders Field to take pictures of things like….grass.

The film, of course, was silent so he had lip readers discern what the subjects were saying and you are now hearing their conversations as they were 100 years ago.

And the pièce de résistance? There are not modern historians narrating the film, but actual veterans.  The BBC interviewed many of these veterans in the 1960s and 1970s and the veterans themselves are showing you what life was like in the trenches. Throughout the film, there must be 200 or more veterans telling you some funny stories (like the board of a latrine collapsing and 7 men fell into…..some muck. Their friends pulled them out of the pit but they weren’t too popular.

One mentioned how long they would be “on the line” (from 4 days up) then marched back to some R & R, where most small towns had a brothel. He was even describing a (non-sexual) experience he had in one of those brothels.

You learn what it was like to wait for an hour before being ordered to go “over the top” and advance through no-man’s land. You learn when the artillery would start, then the machine guns, and how they killed their opponents in their trenches.

I always thought of the Germans of that era as “monolithic” people, but one British soldier was saying that they liked the Bavarians the best – they were the “most civilized”, even developing a friendship with one as a prisoner. He was saying that the Saxons hated the militaristic Prussians, and one Saxon prisoner warned his British captor that a Prussian unit was going to relieve them in the next week.

A  British soldier said that he had no desire for revenge towards the Germans and both sides just wanted it to end.

Finally the war ends – the soldiers come home and they came to believe that they were an alien race to the British civilians. With a story that is as old as war, the soldiers learned they really couldn’t communicate to the civilians but only each other. How do you talk about experiences for which someone has none of those shared experiences?

One said that he was looking for work, and found more than 1 company that didn’t want to hire returning servicemen.

I watched this in 3-D, and while I normally don’t care for the funky 3-D glasses, this whole experience gave me the feeling that I wasn’t a viewer but a witness.

This is a spectacular movie that is not everywhere and will be shown only 2 days – December 17th and December 27th. It is sponsored by Fathom Events in the US.

Peter Jackson and his crew has ensured that they shall not grow old.

Update 12/19/18: I’ll be the first to admit that I don’t fully understand the movie business. Fathom Events has said that it will only be shown December 17 and 27. But I have seen other sources that mention that it will be in places like Los Angeles in January. Maybe it is the few prints available?

Regardless if you have the chance I can’t recommend it highly enough.

6 responses to “Breathing Life Into History”