Back to the future

On a wind-swept base near the Missouri River, the Air Force has launched an ambitious plan to wean itself from foreign oil by turning to an unlikely energy source: coal.

At its Malmstrom base in central Montana, the Air Force wants to build the first piece of what it hopes will be a nationwide network of facilities to convert domestic coal into cleaner-burning synthetic fuel.

Air Force officials said the plants could help neutralize a national security threat by tapping into the country’s abundant coal reserves. By offering itself as a partner in the Malmstrom plant, the Air Force hopes to prod Wall Street investors — nervous over coal’s role in climate change — to sink money into plant nationwide.

“We’re going to be burning fossil fuels for a long time, and there’s three times as much coal in the ground as there are oil reserves,” said Air Force Assistant Secretary William Anderson. “Guess what? We’re going to burn coal.” 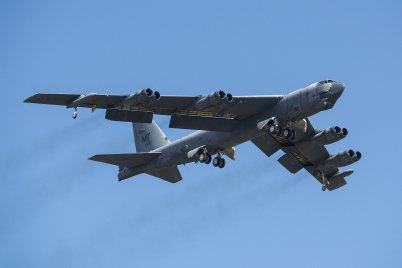 One response to “Back to the future”