On this day in naval history, during the War of 1812,  the USS Constitution, a 44-gun heavy frigate commanded by William Bainbridge, engaged, captured and burned HMS Java, rated at 38 guns. 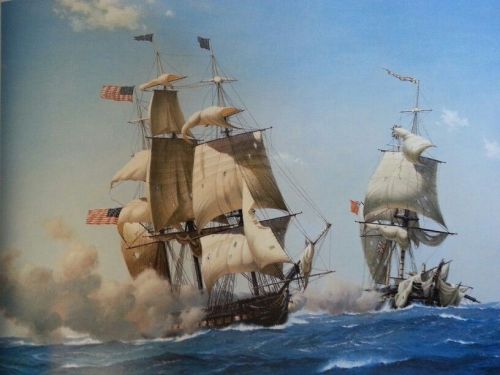 The sharp action, which left Java dismasted and afire, caused the Royal Navy to change its tactics with regards to engaging US frigates, declining single-ship combat and only committing to action with a decided advantage.

(This latter policy was, however, studiously ignored by Captain Philip Broke of HMS Shannon in June the next year.)