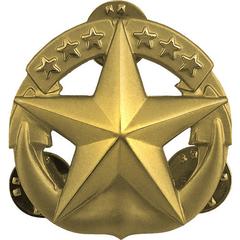 As set forth in U. S. Navy Regulations, the Commanding Officer is charged with the absolute responsibility for the safety, well-being, and efficiency of his command, except when and to the extent he may be relieved therefrom by competent authority.

The duties and responsibilities of the Commanding Officer are established by U. S. Navy Regulations, general orders, customs, and tradition. The authority of the Commanding Officer is commensurate with his responsibility, subject to the limitations prescribed by constitutional, statutory, international, and regulatory law including U. S. Navy Regulations.

Any officer in command of a ship, submarine or squadron is by courtesy called “the Captain,” regardless of rank (although in the less formal aviation Navy, the commanding officer is more often called “the Skipper”).

There is a distinction between a naval rank, and a position – you can reach the rank of commander, without ever receiving the position of command. Successful commander command is a prerequisite for promotion to the rank (as opposed to the position) of captain. Since so very few officers will ever achieve the rank of admiral, making the rank of captain defines a successful career. There are places in the country (San Diego is not one of them) where a captain with 30 years of service will receive retirement pay sufficient to ensure that he never has to work again. But retirement pay is not the objective – it is merely the least reward, for the opportunity to lead. For the chance to be responsible. For command.

Command at sea is the pinnacle of achievement in the career of a line officer. It is the culmination of years of service, professional growth, demonstrated leadership and technical expertise in his or her war fighting specialty. Having climbed through the ranks by selection for promotion by statutory boards, and careful screening by administrative boards, an officer will finally put the US Navy Command Pin on his uniform. It is for many of us the height of our ambition, and a treasured symbol of success.

Recently it seems as though those pins are being attached with explosive bolts . As prestigious as it is to achieve command at sea, to be “relieved for cause” is more than equally disgraceful. The March issue of the Navy Times reports that 22 commanding officers had been relieved for cause in the preceding 13 months. Another three have been relieved this calendar year, bringing the total for 2004 up to nine. These numbers are unprecedented, and disturbing.

The commander’s responsibility is absolute – his authority is commensurate with his responsibility. We are taught those words from the earliest days of our apprenticeship as officers of the line, that is to say, officers qualified to command at sea.

Hyman Rickover, the father of our nuclear Navy, had this to say about responsibility:

“Responsibility is a unique concept.  It can only reside and inhere in a single individual.  You may share it with others, but your portion is not diminished.  You may delegate it, but it is still with you.  You may disclaim it, but you cannot divest yourself of it.  Even if you do not recognize it or admit its presence, you cannot escape it.  If responsibility is rightfully yours, no evasion or ignorance or passing the blame can pass the burden to someone else.  Unless you can point your finger at the man responsible when something goes wrong, then you have never had anyone really responsible.”

An early case study that midshipmen still read was entitled “Hobson’s Choice.” The etymology of this expression escaped me until today: According to the Word Origins website,

Tobias Hobson (c. 1544-1631) was a Cambridge stable manager who let horses. He insisted customers take the horse in the stall closest to the door (the next one up) or take none at all. Hence, a Hobson’s choice is no choice at all. He was made famous by Milton. The phrase dates to 1660.

I had always presumed it to come from the name of a destroyer named the Hobson, which collided with the aircraft carrier Wasp in 1952, based on an eponymously named Wall Street Journal editorial.

The CO of the Hobson had been asleep when his watch team on the bridge allowed his vessel to approach, and eventually collide with Wasp, turning into the wind to launch and recover aircraft on a dark, foul night. He was awoken, assumed the conn, issued some dubious orders and died in the collision, one of 176 to die that night.

The lesson we were to take from this was one of accountability – A CO who allowed his ship to become hazarded, even if he was asleep in his stateroom, was still accountable to the Navy, and to his crew. As brand-new mids, some among us at first thought this somewhat unfair – I mean, the CO could not be in all places at all times. But we were instructed again about authority, responsibility, and accountability. The CO qualifies the watch standers – he had delegates to them his authority for the safety of the ship and crew. But the responsibility is always his, and he is always accountable.

The dreaded words on official correspondence relieving a CO will often read of the superior commander’s “loss of confidence” in the CO’s ability to command. This loss of confidence can stem from several reasons, although there is usually a straw that breaks’ the camel’s (commander’s) back. Some wryly attribute such actions to a violation of the “three kisses” rule.

– You may not kiss the beach (run her aground)

– You may not kiss a shipmate (a relatively new phenomenon)

There seems to be no common thread linking all these CO’s getting the ax – and I think that’s what most disturbs naval leadership. The Navy gets pretty small at the top, and I know a number of these folks – almost all of them exceptional individuals, carefully screened for their responsibilities. But now their careers are ruined, and that’s just the way it goes. Because while I truly believe we are not a “zero defect” organization, I also know, as do my peers, that you absolutely must get the big things right. You must safeguard your ship and crew – that’s Hobson’s choice. In other words, no choice at all.

I’ve been in the Navy man and boy for 26 years, and I’ve seen a lot of changes. This at least, has not changed.

From that WSJ editorial:

“On the sea there is a tradition older even than the traditions of the country itself and wiser in its age than this new custom. It is the tradition that with responsibility goes authority and with them accountability. …for men will not long trust leaders who feel themselves beyond accountability for what they do. And when men lose confidence and trust in those who lead, order disintegrates into chaos and purposeful ships into uncontrollable derelicts.”