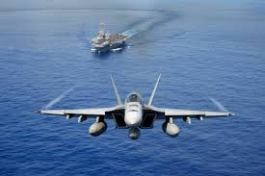 Sent to me by my Air Force friend.

I remember reading a post by Lex on the history of the F/A-18, and how it was the “loser” in the competition between the YF-16 and YF-17.

Both of these planes, at least to me, have been proven as one of the Pentagon’s better programs.

The Aerospace Industry was saddened to hear of the death of one of the great test pilots, Mr. Henry E. (Hank) Chouteau (F) on 15 April 2014. Hank was Northrop Aircraft Division (now Northrop Grumman Aerospace Systems) Chief Test Pilot during the 1960 through 1970 period that included the development of fighter aircraft that are still currently in service with the U.S. military and many U.S. Foreign Allies. Hank Chouteau was Northrop’s lead experimental test pilot during this era, overseeing the flight test development of Northrop fighter aircraft from design through flight test, aerial demonstration and operational employment.

Hank Chouteau was an Oklahoman but spent his early years in Wyoming receiving a BS Degree in Mechanical Engineering from the University of Wyoming. He flew B -26 Marauders in WWII and P-51 Mustangs during the Korean War. Hank married Betty Ann, a West Virginian, who was a nurse in Germany when Hank was stationed there. Mr. Chouteau joined Northrop in 1952. He graduated from the U.S. Air Force Test Pilot School in 1958, and then worked on the T-38 trainer and F-5 fighter development programs. Hank flew the first flights on the F-5A, CF-5A, RF-5A and in 1962, flew the first flight on the F-5E International Fighter Aircraft. On all variants of the F-5 series of aircraft, Hank participated as a test pilot on all aspects of flight test to include performance, flying qualities, systems, and ordnance testing.

In the mid-1960’s Hank moved to the advanced fighter development programs of Northrop Aircraft and was promoted to Chief Test Pilot and applied his extensive test pilot expertise on the development of the YF-17 prototype fighter aircraft. “Hank was very much the key in the evolution of this airplane” stated Mr. T. V. Jones, CEO of Northrop Corporation. In June 1974, Hank Chouteau flew the first flight of the YF-17 advanced fighter design. Hank participated in all aspects of the flight envelope expansion of the YF-17 and developed an air show routine to show the aircraft’s extensive maneuvering characteristics. Hank’s air show routines received much acclaim throughout the international air show world. During marketing air shows, Mr. Jones stated that Hank was not briefed on what to say about the aircraft, but depended on Mr. Chouteau’s knowledge of the aircraft and his “unflappable integrity” in discussing the aircraft capabilities. Mr. Chouteau’s efforts were instrumental in convincing the U.S. Navy that a variant of the YF-17 would be ideally suited to their future needs for a carrier based Fighter/Attack aircraft. The follow-on to the YF-17 prototype was the F/A-18 Hornet that is currently in service for the U.S. Navy and other allied countries throughout the world.

T. V. Jones, former CEO of Northrop Corporation, once stated that the reason Hank Chouteau was promoted to Chief Test Pilot was Hank’s “analytical mind and his cool, objective, dispassionate and unbiased character.” These were qualities that served Hank well during his tenure as a test pilot at Northrop. Hank Chouteau retired from Northrop Aircraft in 1982 and lived his retirement years in Santa Fe, New Mexico.