Like most of Soviet/Russian aerospace the Buran Spacecraft is still an enigma.  Buran was seen from the outset as a carbon copy of the NASA’s Space Shuttle and from the picture below, the case can be easily made.

However, Amy Shira Teitel at ARS Technica has another aspect to the story:

Faced with the poorly understood threat of a military space shuttle, the Soviets decided that copying the American spacecraft exactly was the best bet. The logic was simple: if the Americans were planning something that needed a vehicle that big, the Soviets ought to build one as well and be ready to match their adversary even if they didn’t know exactly what they were matching.

Cold war “misunderstandings” as to the purpose of the Space Shuttle program? I’m not so sure but it makes for interesting reading. The Space Shuttle was designed to take military payloads into orbit and was tested at the US military’s space launch facility at Vandenberg, AFB (rolled up to the launch pad but not launched) but the Challenger disaster changed all that. The military applications for space are just too beneficial to ignore.

Go check out the article at ARS Technica, it makes for some interesting history.

The Buran is now on display at various locations in Russia and Europe. Check out the airliners.net collection.

This test model is on display at the at the Baikonur Museum in Kazakhstan.

Navy helicopter with 5 aboard crashes in Red Sea

From NBC News: Sad News. Prayers for our Shipmates.

The MH-60S Knighthawk helicopter, assigned to Helicopter Sea Combat Squadron 6 — nicknamed the HSC Indians — went down in the Central Red Sea at about noon local time, according to an official with the U.S. Navy’s 5th Fleet.”

Navy helicopter with 5 aboard crashes in Red Sea.

From the video description over at Liveleak.com:

For aviation history fans. Very rare color P-61 night fighter footage shot at the end of World War II. From the 422nd NFS operating out of Florennes, Belgium, an up close look at P-61 “No Nothin II.”
Then in the Pacific and the island of Saipan, the legendary 548th NFS P-61 “Bat Outta Hells.”
Including P-61 gun camera film showing a night attack with bombs, rockets and 20mm cannon.

Arrived at Via Christi Saint Francis in Wichita at 0530. Registered. Went upstairs to the get ready room. Got the abdomen shaved and then wheeled into pre-op. Got two IVs and the warm up shot. The last thing I remember was going through the double doors to the OR…………………..0945 Left Kidney with the Large Mass was gone. I woke up about 1300 being rolled to a room. Two IVs and a catheter and the cute little nurse said…………………….we need you to take a walk……………….

Needless to say my response was colorful………….The two sisters in the doorway left immediately……………………..

On day four in hospital, the doc who did the nephrectomy showed up and checked the big incision for the exit of aforementioned kidney, said I could go home and do nothing for a month. His parting words were……………the pathology said it was cancer……………………………….

This is pretty cool! I am putting the pic up to get the reader interested in clicking the link. Enjoy! 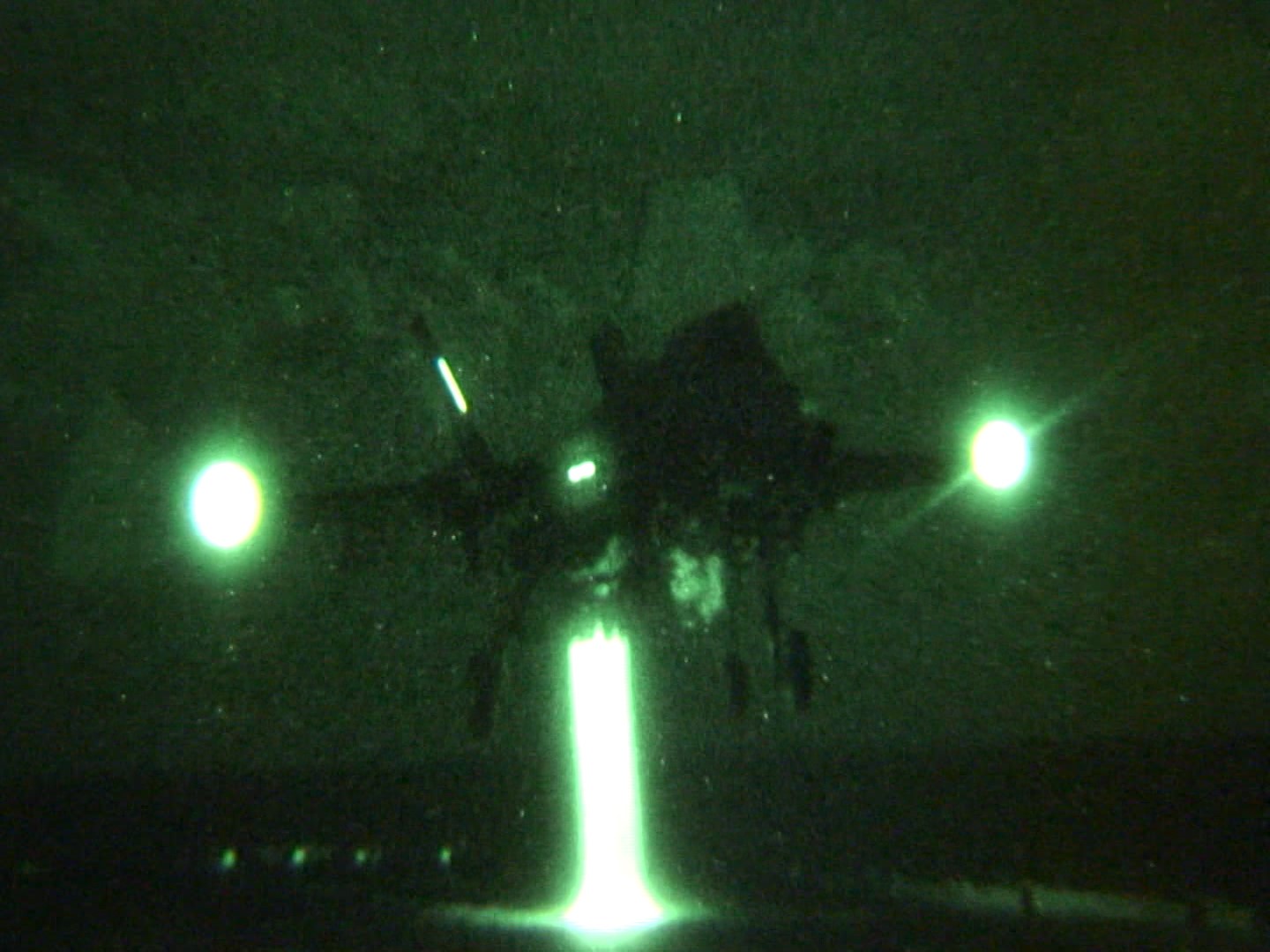 A new generation is coming in shipboard operations of tactical aircraft. Amazing things happening these days.

As I am posting this I have learned today that there are some Lexicans who are either in lock down at the Washington Naval Yard or have children in lock down.

I am glad that they are OK.

I am amazed at the cumulative knowledge here. Not only has a strange looking Spitfire been identified, but an immaculately-attired Admiral (how to they keep that white…so white?) been identified.

And moreover Lex and at least one Lexican served with him in the same unit.

I saw the first Japanese Zero outside of a museum. END_OF_DOCUMENT_TOKEN_TO_BE_REPLACED

Yesterday morning, I decided to do something I hadn’t done in awhile. I would attend the Reno Air Races after a hiatus of 5 years.  Hard to believe, but after annual pilgrimages for the previous 30 years I was getting a bit bored seeing some of the world’s greatest pilots racing and doing aerobatic demonstrations.

But it occurred to me that perhaps within the next 10 years we wouldn’t be seeing those magnificent WW2 planes. Fifty years ago, when they had the first races, one could buy a Mustang for $10,000. Work on it a bit, clip the wings and go racing.

Now these planes are worth millions with about 100 left flying in the world.  END_OF_DOCUMENT_TOKEN_TO_BE_REPLACED

Everyone is aware that I do love anything to do with trains, right? If you didn’t then, you do now! Old Train Stations are a valuable part of our history.

TOPEKA — Western Kansas may lose easy access to Amtrak’s Southwest Chief passenger train because of deteriorating tracks and the state’s refusal to spend tens of millions of dollars to improve them.

A new route for the Chief could include a stop in Wichita, though any decision would be years away.

Wichita was home for 11 and 1/2 years. The Atchison, Topeka and Santa Fe, The Rock Island and The Frisco all served the Air Capital for years in the past along with the MKT I believe. Now it is BNSF and UP and the Kansas and Oklahoma. I loved traveling by rail when I was a youngster. I spend almost five years working ballast trains and railroads are still something I love. To see my adopted hometown get passenger rail service would be great! I…